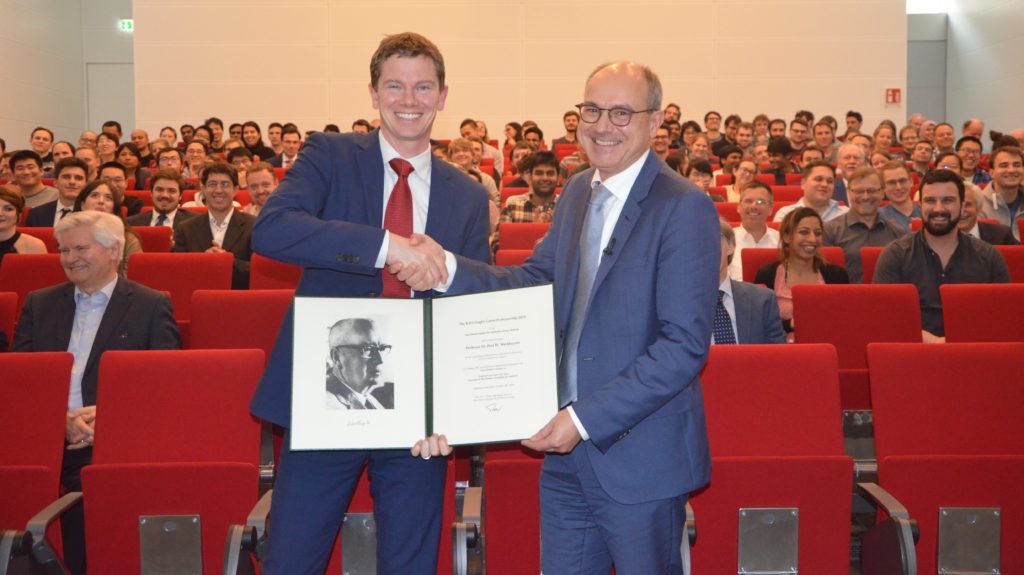 The Max-Planck-Institut für Kohlenforschung in Mülheim (Germany) has awarded Prof. Bert Weckhuysen with their annual Karl Ziegler Guest Professorship. Weckhuysen, Distinguished University Professor Catalysis, Energy and Sustainability at Utrecht University, is staying in Mülheim from 28 to 30 October. The Max-Planck-Institut honors Weckhuysen “for his outstanding achievements in the field of operando characterization of catalysts.”

The Karl Ziegler Guest Professorship, the highest distinction of the institute, is awarded annually to a leading chemistry researcher. The laureate is invited to Mülheim to give a number of lectures and workshops to researchers and students, including invited guests from neighboring universities. “The list of previous laureates is impressive,” says Weckhuysen. “I am very honored to be among prominent chemists such as Robert Grubbs, Ryoji Noyori and Gerhard Ertl.”

The Guest Professorship is named after Nobel Prize winner Karl Ziegler (1898-1973), who won the Nobel Prize for his research into polymers in 1963 and was a director of the Max-Planck Institute from 1943 to 1969.

Read also an article of the winner of this year Karl-Ziegler Guest Professorship in Mülheimer Woche here and here (in German) or on the website of the Max Planck Institut für Kohlenforschung.

In addition to the Karl-Ziegler-Guest Professorship, Weckhuysen has also been invited for the annual Pearlman lectureship at the Weizmann Institute of Science in Israel, which he will give in January 2020.