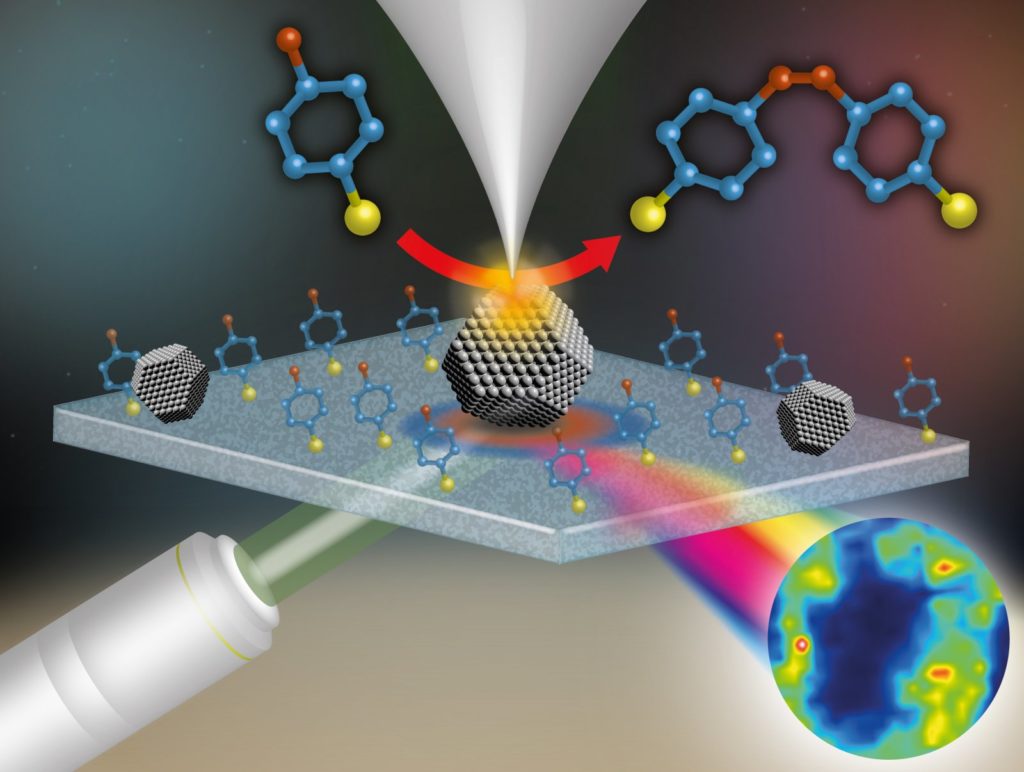 It is suddenly made possible for scientists all around the world to investigate the relationship between the structure and function of molecules during a chemical reaction. In Nature Protocols, chemists of Utrecht University and the National Physical Laboratory (NPL) in the UK are publishing a detailed protocol for tip-enhanced Raman spectroscopy as an analytical technique. In another journal, they are describing a technique to produce stable probes for such measurements.

Dr. Naresh Kumar defended his PhD thesis on the application of tip-enhanced Raman spectroscopy (TERS) to heterogeneous catalysis at Utrecht University late November. Now, in Nature Protocols, he, together with Professor Bert Weckhuysen and colleagues at NPL, is publishing the step-by-step procedure with which chemical reactions can be examined in situ. Nearly at the same time, a method is appearing in The Journal of Physical Chemistry Letters (JPCL) of Kumar and UU PhD candidate Katinka Wondergem, for the preparation of stable TERS probes for that same type of spectroscopy.

According to Weckhuysen, it is the combination of both findings that is important for the future of Raman spectroscopy. “Measuring catalytic reactions on the nanoscale is necessary for the development of new or better catalysts that accelerate chemical reactions, in order to pave the way for a more sustainable society. Until now, many labs missed at least one of the tools to make use of the technique in full. Groups that have the right probes are using the wrong method and vice versa. We are now publishing the cookbook recipe of TERS, and, as the icing on the cake, the way to make a TERS probe that will remain stable for months.”

“Measuring catalytic reactions on the nanoscale is necessary to accelerate chemical reactions, thereby paving the way for a more sustainable society.”

Tip-enhanced Raman spectroscopy works like the schematic image above. A metal nanoparticle (middle) is localized with a probe (top). A light beam, emitted by a laser (below left), hits the particle. This results in micro-spectroscopic data of, among others, the reaction products (below right).

Raman spectroscopy has proved its value during the last two decades, says Kumar. “It is one of the most promising non-destructive imaging techniques for following the chemical reactions of molecules at the nanoscale, in both air and liquids. In other techniques, molecules first have to be labeled by a fluorophore, which inevitably causes interference in the chemical reaction. Apart from following the reaction, our protocol enables scientists around the world to gather robust analytical data from a wide variety of functional materials, like carbon nanotubes, graphene and the distribution of molecules in living cells.”