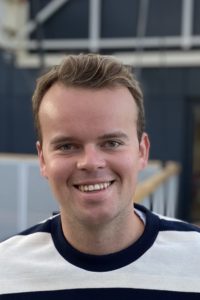 It was recently estimated that about 99% of the plastic in the ocean remains undetected [1]. Much of this missing plastic is hypothesized to be the result of plastic degradation into micro- and nanoplastics, which is an even greater potential threat to the environment compared to the floating plastic, as it can be easily ingested by animals and humans [2].

Microplastics have received a lot of research attention [3] and have previously been shown to be degradation products from larger pieces of plastic. However, the degradation process does not stop at the micron scale, but microplastics continue to degrade into nanoplastics [4], which are below the detection limits of commonly available collection and identification methods. In addition, little is known about the effects of nanoplastics on the ecosystem. In order to properly tackle plastic pollution in the environment and to evaluate possible damage to humans and animals down to the microbial basis of the food web, it is crucial to set up a toolbox that enables the detection of nanoplastics. Unfortunately, moving from detecting and studying microplastics to nanoplastics is not as easy as one might think.

In this research project, we aim to detect and characterize these nanoplastics that are proposed to be a potentially important sink for the “missing” plastic fraction by developing methodologies to confirm their presence and determine their chemical and physical properties.

This project is part of a consortium with a complementary set of scientific expertise in chemistry, physics and biology. In this interdisciplinary team we work closely with researchers from Utrecht University, Leiden University, NIOZ, and the University of Amsterdam.