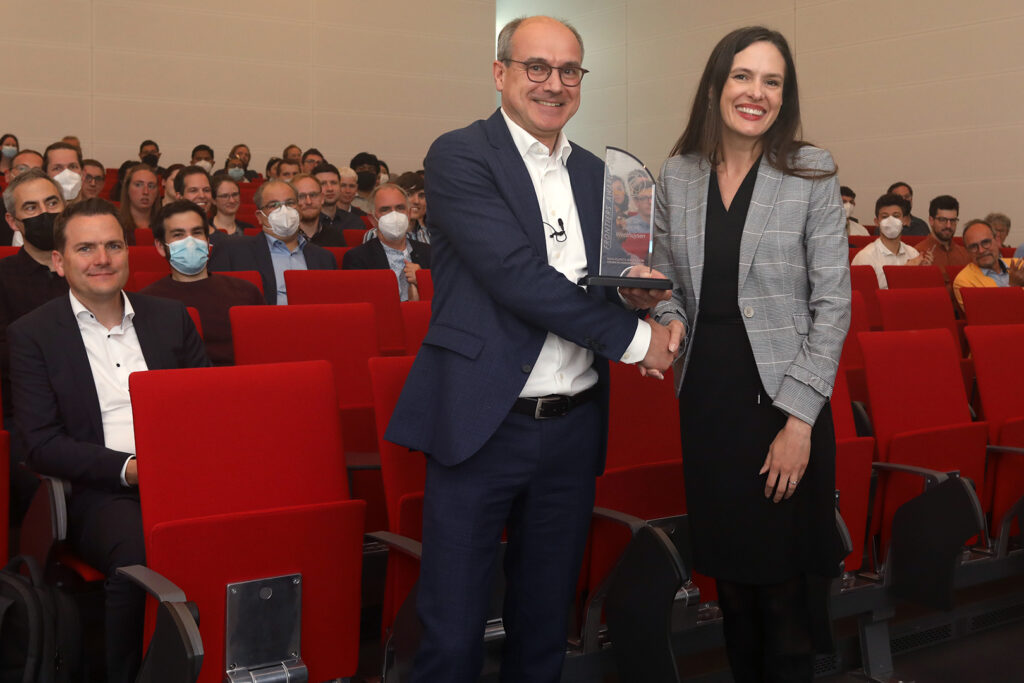 The Max Planck Institute for Chemical Energy Conversion (MPI CEC) has awarded this year’s Max Planck Frontier Award to Prof. Bert Weckhuysen. He receives the prize for his excellent research in the field of chemical energy conversion. Prizewinners are nominated in a highly competitive procedure by the institute’s staff council.

This year’s award ceremony was part of the MPI CEC’s 10-year anniversary celebration. The institute has been presenting the Frontiers Award for many years to internationally renowned scientists for special achievements in the field of chemical energy conversion. During the award ceremony, Prof. Weckhuysen gave a keynote lecture entitled Advancements in Understanding Catalytic Processes to Foster the Transition Towards a More Sustainable Society.

Bert Weckhuysen is Distinguished University Professor at Utrecht University. The central research theme of the Weckhuysen group is the development of structure-activity relationships in the field of heterogeneous catalysis and materials science with special emphasis on the use of advanced spatiotemporal characterization techniques under realistic reaction conditions.