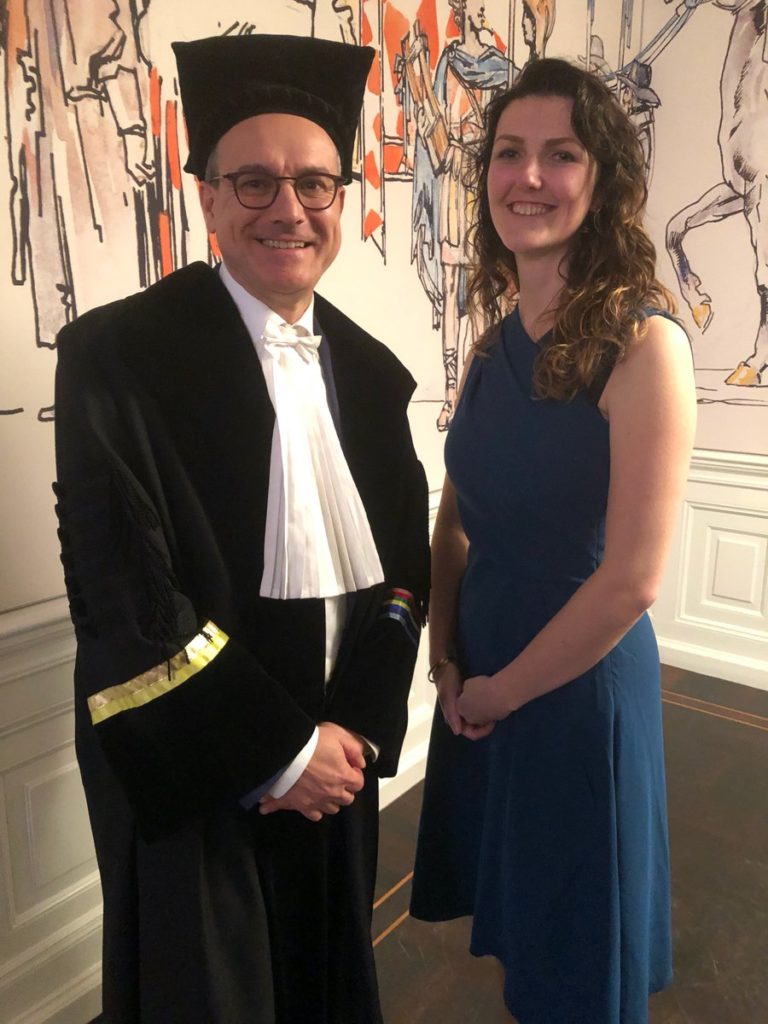 The PhD thesis of  Katinka Wondergem focusses on the development of Shell-Isolated Nanoparticle-Enhanced Raman Spectroscopy (SHINERS) in the field of heterogeneous catalysis.

SHINERS is a relatively new technique and has the potential to analyze catalytic processes on the nanoscale. This is achieved by using gold nanoparticles as ‘nanoantennae’ and bringing them in close proximity of the catalyst, on the scale of 1-10 nanometers (1000-10000× smaller than the thickness of a human hair). When the gold nanoparticles are illuminated with laser light of a specific wavelength, they can report on catalytic reactions taking place on the surface of the catalyst. This can provide in-depth understanding of how catalysts operate and can aid in the development of more efficient and sustainable catalytic processes.

In Chapter 4 we show that we can study sequential reactions of complex organic molecules of type A -> B -> C -> B -> A over a noble metal catalyst, and in Chapter 5 we introduce a new method of preparation that enables SHINERS investigation of non-noble metal catalysts, which are industrially relevant. Finally, Chapter 6 provides both a summary and outlook with unpublished results which may form a foundation for future work.