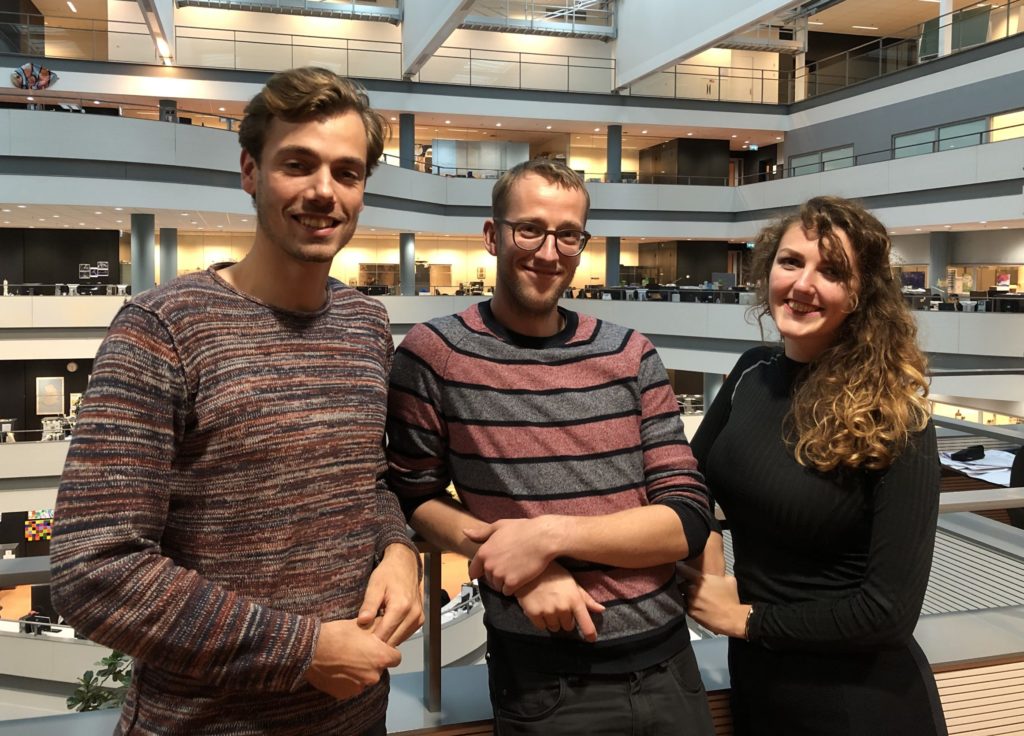 Plea for showing more realistically how research comes about

‘Of course, Bert Weckhuysen is happy with all the success. Among other achievements: three publications on the covers of respectively Nature Catalysis, Chemistry European Journal, and ACS Catalysis. Articles in daily and weekly newspapers and plenty of attention on the Utrecht University website. Weckhuysen is proud of what his group has achieved. Yet, he says, something essential is missing. ‘The results are presented in hyperkinetic sound bites, in which the big picture is often missing.’ ​

Every day, we are bombarded with loose ‘facts’. The journal seems to have become more important than the actual scientific content, thus feels the Distinguished Professor in Catalysis, Energy, and Sustainability. ‘Everyone participates in this, and yes, that includes us. But this way of presenting work doesn’t do enough justice to the way scientific research comes about. Individual competition is inherent to science, but individual athletes also have a trainer, a chef, a medical supervisor, and a full team to support them.

Besides, there is a lot of overlap between the work of individual researchers. Successes don’t stand on their own. They are part of a cooperative partnership involving continuous exchange and development of knowledge and skills, not just within research centers, but also on a broader scale. For example, we work together with our strategic alliance partner Eindhoven University of Technology (TU/e), also in the Gravitation Programme Netherlands Centre for Multiscale Catalytic Energy Conversion (MCEC) and in the Advanced Research Center Chemical Building Blocks Consortium (ARC CBBC).’

Junior Assistant Professor Robin Geitenbeek: ‘Our research focuses on understanding catalysts. This requires knowledge of how to conduct chemical reactions, but you also need expertise in analytical methods to measure these reactions. For example, I’m working on a new tool to measure local temperature. I already knew a lot about measuring, but not so much about chemistry.’

Cooperation with postdoc Thomas Hartman brought everything together, explains Geitenbeek. ‘By pooling our techniques and expertise, we can now map all the preconditions for a chemical reaction and understand how it works. If I had stayed in my office to just work on this by myself, I would have created a new thermometer that would have never been used.’

“Now we were able to put the two sets of puzzle pieces together.”

Hartman: ‘And if Robin had simply given me the tool and told me, “good luck”, I would have had no idea what to do with it. You really do need each other.’ Geitenbeek: ‘Working on a puzzle separately with the pieces divided randomly won’t get you anywhere, but now we were able to actually put the two sets of pieces together.’

Sowing the seeds for cooperation

For researchers, the seeds for cooperation are already planted while they are students. Geitenbeek: ‘The reason for me to study in Utrecht was that the Bachelor’s program provided a very broad foundation, touching numerous different facets of chemistry. Every group within the department has its own niche. Even if you don’t know much about their specialty, the broad foundation you obtained gives you a good idea of what they’re working on and whether you might benefit from cooperation. Also on a larger scale, we look at how knowledge gathered at various institutes, such as UU, TU/e and the University of Twente, can be used to elevate research to a new, more comprehensive level.’

“Sometimes you find out that joining forces just didn’t work.”

In early December, Katinka Wondergem obtained her doctorate with a thesis on a topic that led to successful scientific cooperation with Thomas Hartman, among others. She puts this into perspective, however, saying: ‘It’s not like cooperation always immediately results in something amazing. Sometimes, after a while, you find out that joining forces just didn’t work.

But that can be useful as well because then you know that you should try something else. It’s a matter of not giving up. And sometimes that can lead to great things. With the cooperative research we carry out, we can for instance significantly improve the chemical industry, by making it greener. And that, of course, will have great societal impact.’

Show the process as well

To obtain a realistic perspective of science, according to Bert Weckhuysen, it is important to not just show the results, but the process as well. What does the road to a successful publication entail? ‘The difficulties you encounter as a researcher – the times you fall flat on your face and get back up again – are vital. The attempts at cooperation that ultimately result in nothing, build resilience and are an important part of the path to becoming a researcher. This needs to be made visible too. The question that remains is how we can best go about this.

Make no mistake; cooperation is hardly a simple matter. Take co-authorships, for example. Who did what, and who deserves what credits? Doing research by yourself in ‘safe mode’ is easier. However, reaching out to others can give you ideas that branch out to other ideas, resulting in things that would never have been possible otherwise.’

In addition to being a scientist, Thomas Hartman is an artist. He designed the three magazine covers.