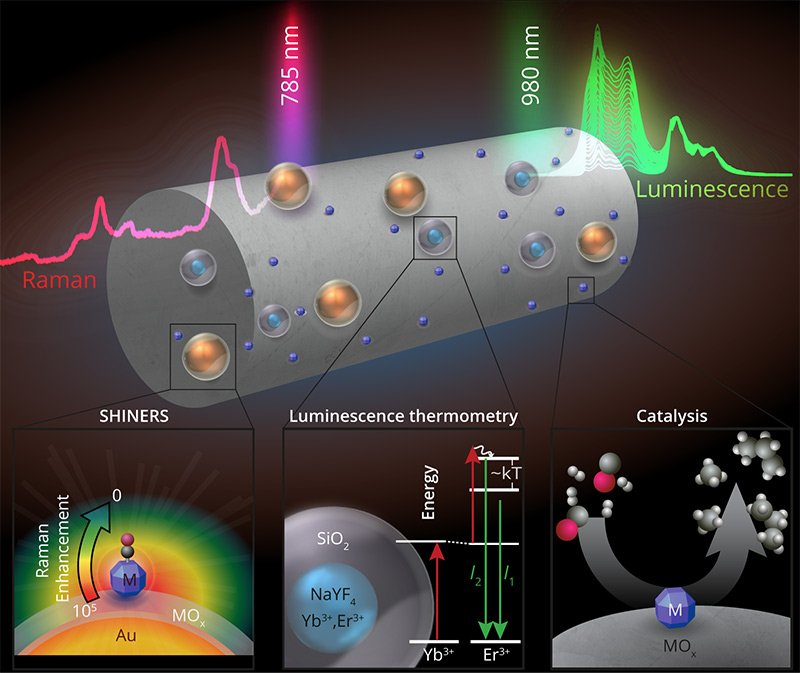 In order to develop better and more efficient catalysts, it is important to know precisely what happens during a catalytic reaction. Chemists from Utrecht have developed a new nanosensor that provides an unprecedented level of detail regarding the local temperature and relevant chemical substances on the surface of the catalyst. The researchers immediately observed unexpected results using the new sensor, which could influence the function of the catalyst. Their results will be published in Nature Catalysis on 23 September 2019.

The new nanosensor uses a combination of luminescence thermometry and highly refined Raman spectroscopy to measure the temperature and the chemical substances on the surface of a catalytic material with an extremely high degree of precision. As the researchers report in the publication, this technology opens an entirely new path to measure the reactivity of a catalyst. The unexpected observations indicate that this new measurement method is essential in order to understand exactly how the catalyst works.

Research leader Bert Weckhuysen: “With this technique, we can see exactly which chemical substances move to the active site of a catalyst, which ones are located at the active site, and which ones move away from it.” In the process, the researchers observed a reaction intermediary that they had not been able to identify before.