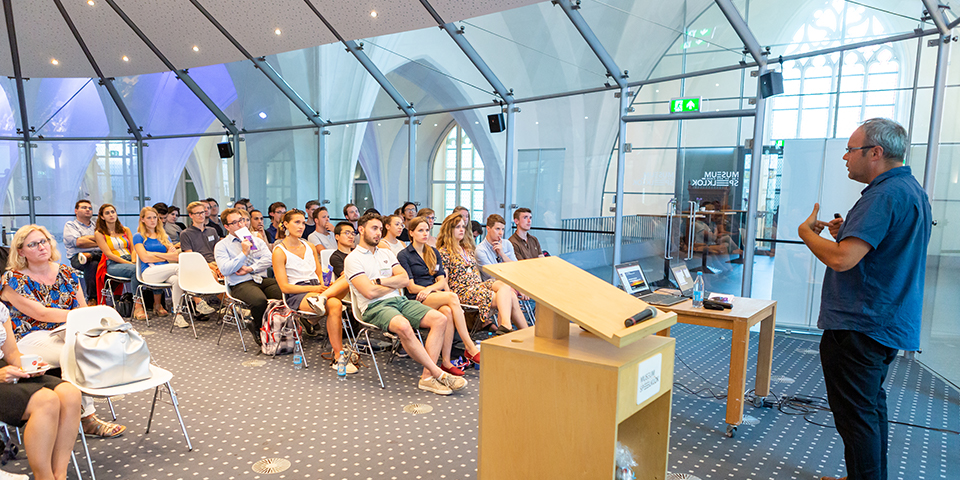 At the end of August, from 24 – 27, a large number of ARC CBBC’s researchers had the opportunity to dive into the world of catalysis during Catalysis Connected. 16 engaging lectures divided over 4 days were given in the beautiful venue Museum Speelklok in Utrecht. There was a lot of interaction between the lecturers and the audience and enough time left for exploring the city. ARC CBBC organized this event as a post-conference of Europacat 2019, together with Viran, Dutch Catalysis Society and the Netherlands Center for Multiscale Catalytic Energy Conversion. We are happy to have given our researchers the chance to intensify their knowledge and meet established academics in the field of catalysis.

Collaboration and cross-cutting research is the heart of new scientific discoveries. With this in mind, Catalysis Connected aimed to advance the catalysis field, show the potential of collaboration and prove the strength of Dutch catalysis. The focus of the conference was on three pillars: ‘Connecting catalysis’, ‘Connecting spectroscopy’ and ‘Connecting chemical engineering and catalysis’.

All 16 lectures accommodated one of the three pillars. Frank Hollmann for example, associate professor at the Delft University of Technology, spoke about: ‘Biocatalysis for organic synthesis: Why and how?’. He gave a critical overview of the possibilities and limitations of preparative biocatalysis. Specifically, he spoke about how enzymes are also very useful catalysts for organic synthesis, as they enable highly selective transformations under mild reaction conditions. 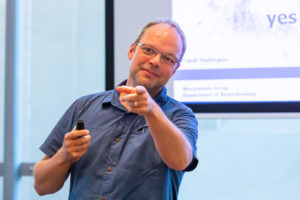 Another inspiring lecture was given by Elena Groppo, associate professor at the University of Turin. She focused on: ‘Spectroscopy & catalysis: An eye on the active sites, but not only’. Supported by two cases, she took the audience along a journey through the potentials and the drawbacks of different spectroscopic methods in catalysis. Groppo showed that spectroscopies not only allow understanding the nature of the active sites and identifying relevant reaction intermediates but also permit revealing the cooperative role of ancillary ligands and of the support in the definition of the catalytic action. 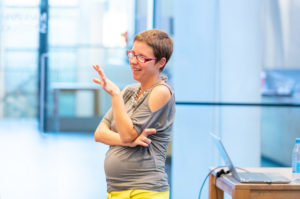 Catalysis Connected wanted to educate early-stage researchers, PhDs, and postdocs by experts in the field of catalysis and material sciences. Therefore, the whole conference emphasized scientific discussions and informal interactions between lecturers and the audience. Attendees of the conference indeed experienced an open and interactive setting. So did Guusje Delen, Chemistry PhD candidate at Utrecht University, by stating:

“What made Catalysis Connected stand out as a conference, was the distinct focus on discussion between the speakers and their audience. I enjoyed the invigorating mix of established and young researchers and that an environment was created where fellow scientists were encouraged to ask, suggest and together delve into a subject, each with their own background, tool box and point of view. A great example for me was the excellent presentation of Ivo Filot, a theoretical chemist, who managed to actively engage every experimental scientist in an enlightening and fun debate.”

Besides the lectures itself, a poster session, a boat trip through the canals of Utrecht, a tour through Museum Speelklok as well as the coffee breaks, lunches, and dinners, facilitated interaction.

We again thank all lecturers for sharing their knowledge and look back at a captivating and constructive conference.