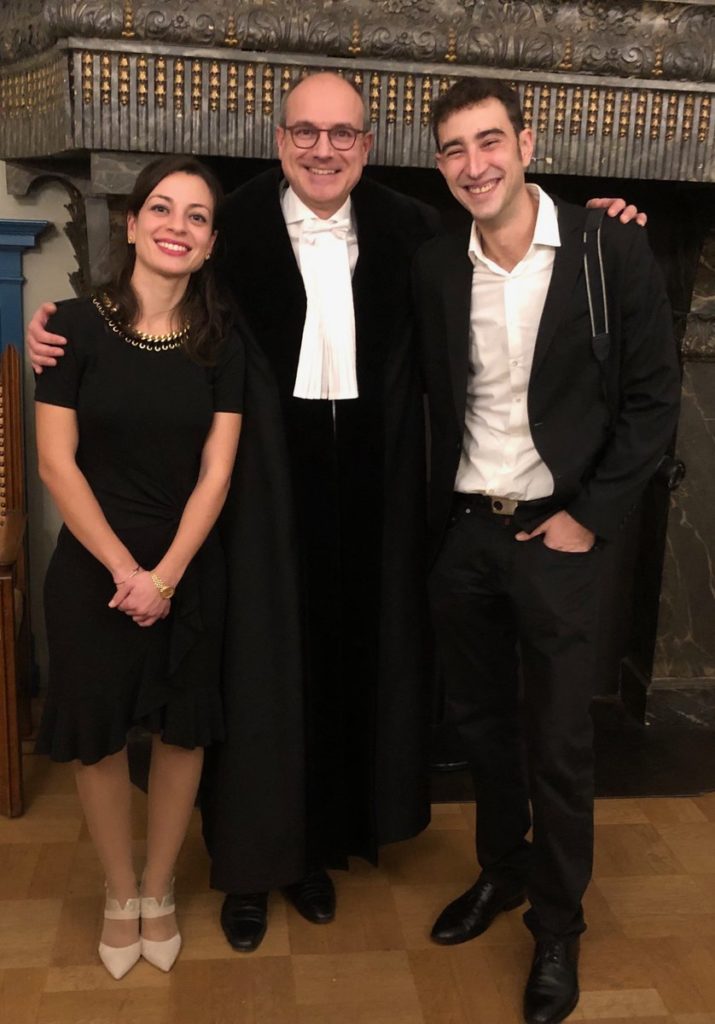 The production and upgrading of bio-oil from lignocellulosic biomass have been addressed in this PhD thesis, a topic of considerable importance given the world’s energy needs and the common aim of seeking for renewable sources. Particularly this case is driven by the legally binding target of 10% renewable energy in the transport sector mandated by the European Union, in which biofuels are considered essential for the energy mix of the EU28. Here, a three-pronged thermal + catalytic process, namely ex-situ catalytic fast pyrolysis (CFP) and subsequent deoxygenation is integrated -in one reactor with two fixed catalytic beds- to produce bio-oil suitable for transportation.

The catalytic systems used for such operations are tailored zeolite-based materials. More particularly ZrO2supported on ZSM-5 catalyst is used for CFP, and alkali (K) metal-grafted USY catalyst is used for subsequent upgrading, both shaped with the use of attapulgite as clay binder. The study of their origin of deactivation during the reaction and the effect of regeneration conditions for their recycling are the main objectives of study alongside the Thesis. Indeed, this fundamental understanding is essential to devise strategies for efficient reversal and ultimately enhance catalyst lifetime, ensuring also the economic sustainability of the process. The tailored catalyst materials have been tested at lab-scale, bench-scale as well as pilot plant facilities, corresponding to the three parts in which this PhD thesis is divided. The analytical toolbox used for answering these research questions is mainly based on (micro)spectroscopic methods. At the lab scale, model reactions carried out under operando as well as in-situ conditions -mainly Fourier-Transform Infrared (FT-IR) and Ultraviolet-Visible (UV-Vis) diffuse reflectance (DRS) spectroscopy, and mass spectrometry (MS)- to provide insight into the mechanism and substrate-catalyst interactions under relevant reaction conditions. While at bench and pilot scales a broad range of bulk and spatially resolved characterization techniques are used to provide insights in the deactivation and regeneration modes of the catalyst materials under study and allow for structure-performance relationships to be established, including binder effects. Main studies do point at blockage by vast coke formation as the main cause of deactivation of the (ZrO2/ZSM-5)/Attapulgite catalyst, and structural collapse in the case of the grafted K-(USY/Attapulgite). Regeneration by combusting the coke formed on the spent catalysts, at high temperatures and slow heating rates, allowed for a significant recovery of the initial properties. However, it was exclusively efficient on the former catalyst system, being deactivation of the K-(USY/Attapulgite) catalyst irreversible. The impossibility of its recycling would preclude its application under real operating conditions, given the extra costs that its continuous replacement could have on the operating process. The development of a different catalyst for the second catalytic step could be a subject to be explored. Alternatively, the second catalytic bed could be omitted, given that after ex-situ CFP with the ZSM-5 based material, the bio-oil obtained is of a quality that can be considered the same as naphtha and possibly further processed as such.

Congratulations on this achievement!