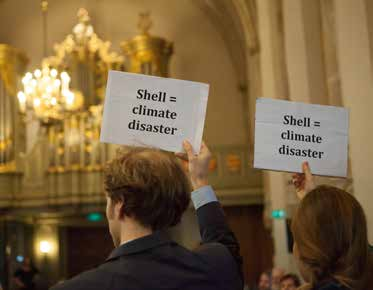 During the MCEC-KNAW symposium last December, a group of environmental activists protested the presence (and invitation) of Shell. Bert Weckhuysen was interviewed by online magazine Down to earth (‘platform for green journalism’) for their column ‘Onder vuur’ (‘Under attack’), in which people or organizations who have been under attack for their green ambitions or promises (or lack thereof), are given the opportunity to respond to the criticism.

“During the conversation [with the protesters] it became clear that we have the same goal: the transition to a sustainable society. But we take on different roles. I conduct research into alternative energy sources and try to help reduce the pollution of fossil fuels as much as possible. Fossielvrij [Fossil-free] wants to emphasize the urgency of change. That’s something I can appreciate.”

The full article, which is in Dutch only, can be read here.